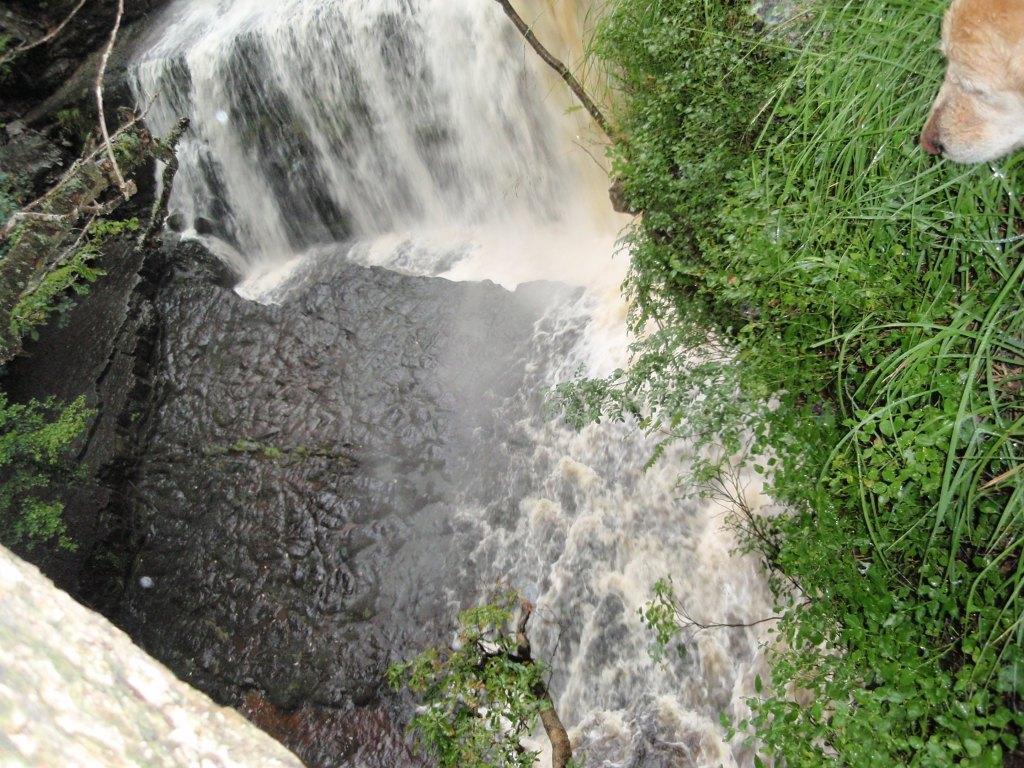 The area around Ystradfellte is renowned for its caves, making caving a popular activity.

Some of the more famous caves near the village include: Porth yr Ogof, also known as the White Horse Cave, which indeed is famous for having the biggest cave entrance in Wales. It is through this the river Mellte flows.

Also there is the Little Neath River Cave and Ogof Ffynnon Ddu. The latter is the third longest cave in the UK.

A mile south of Ystradfellte the River Mellte disappears into the mouth of Porth-yr-Ogof, White Horse Cave. The cave entrance is 20 metres wide and 3 metres high.

Porth yr Ogof car park is manned most days and there is a car park charge of £3 per day. No parking on the lanes though - too narrow, so you have to pay for the car park. Oh well!

The cave entrance can be reached after just a few minutes walk from the car park, but it is a steep climb down the worn and uneven limestone so suitable footwear is needed.

There are a few miles of explored and mapped cave passages which makes it a popular location for experienced cavers.

However you should only venture into these caves with an experienced local caving guide or arrange a group activity outing through one of the local outdoor activity providers.