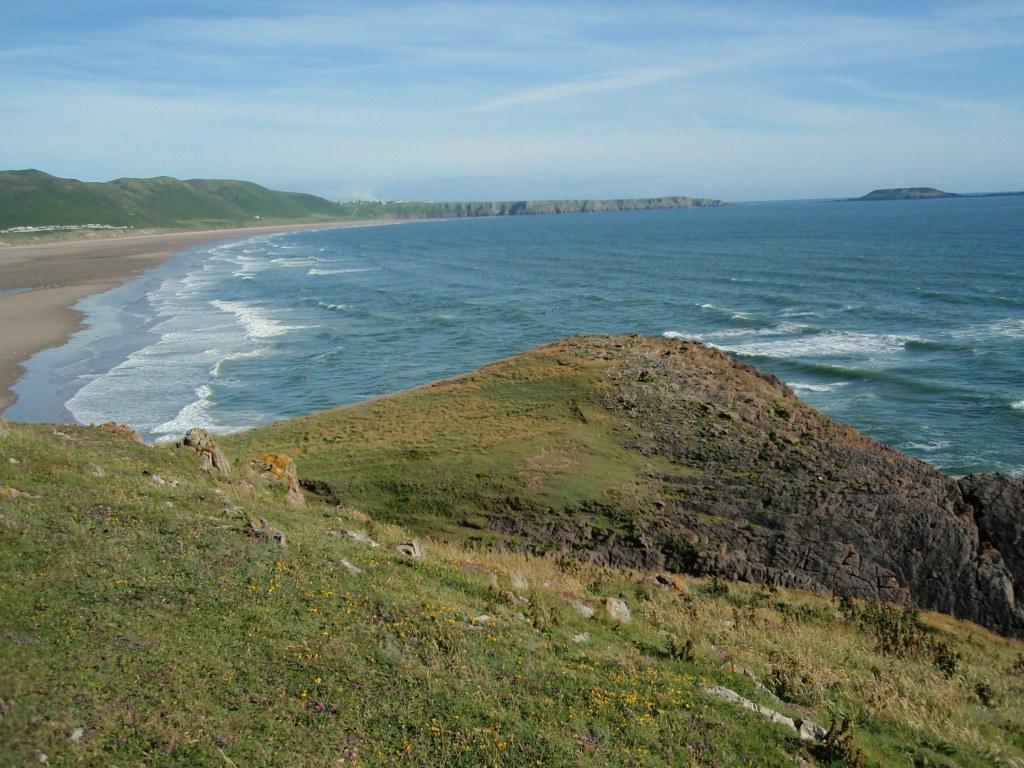 WARNING: There is no Lifeguard patrol on this beach, do not swim in big surf as there are strong undertows. Before you walk out onto Worm's Head please check the tide times carefully and allow enough time to get back.

If you google 'deaths at Rhossili bay' you will fgind the odd story of people getting swept out to sea and drowning. Also there is a story of someone on their own who it is presumed slipped on the wet rocks, banged his head, and drowned, which testifies to the danger of walking on slippery wet rocks.

Once upon a time I was crossing the River Tawe at Craig y Nos Castle on some rocks which had been wettened by splashing water from the river. One minute I was walking across, the next moment I was aware of the most colossal BANG, and I found myself sat dazed in the water. I could not get up for several minutes, so dazed was I, for I could not stand. I was aware of a lot of blood pouring from my face and washed myself down with the cold water to stop the bleeding. I may have broken my nose - since they don't x-ray noses (too close to head and brain) I was never sure but I had sinus pains for a good year after. Suffice to say, I could easily have knocked myself out and ended up face down in the water - which is probably what happened to one of the people who drowned at Rhossilli.

The moral of the story is do not take risks on wet rocks as they get greasy and slippery. If on your own, and even if with a group, help each other and stay within sight of each other when crossing causeways and slippery wet rocks.