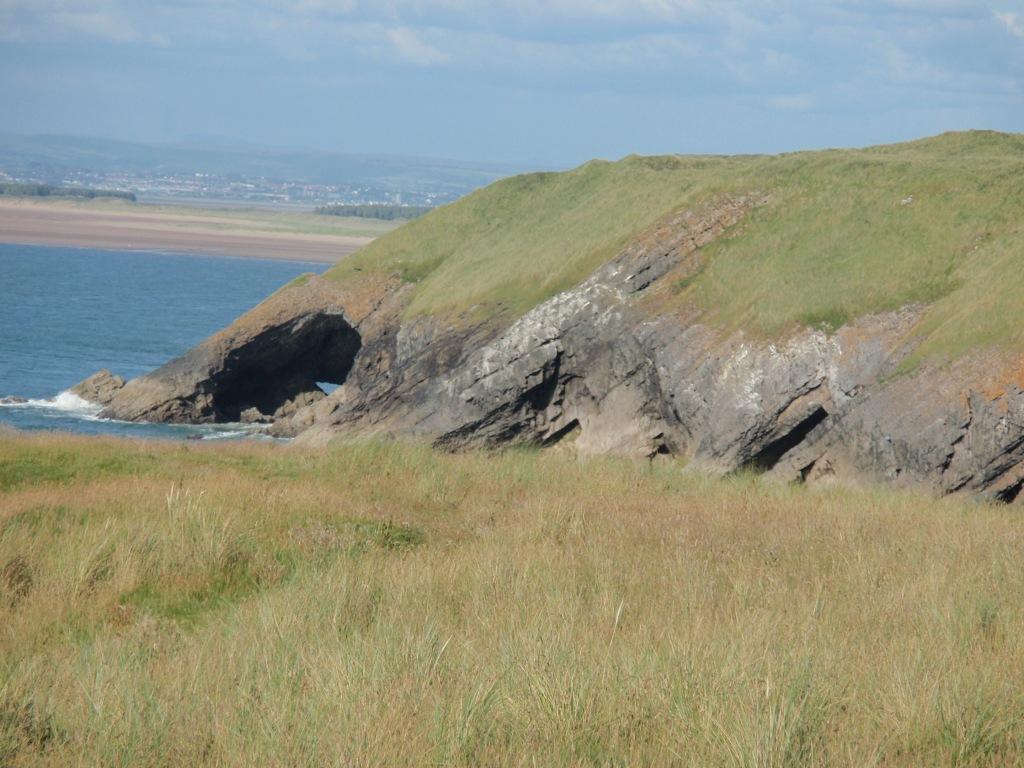 Breathtaking Rhossili bay, with its three (other reporters say four) mile long sandy beach, is overlooked by the Old Rectory. Apparently now it is one of the most popular National Trust holiday cottages.

Rectory Cottage is the lone, yes, the ONLY residence on the bay!  Once popular with ghost hunters, Rectory House half way along the beach was featured in an episode of Torchwood. I had not known it was now a holiday home and if holiday makers knew of its reputation they likely would not stay there (ghost hunters excepted).

It was once a private house but rarely lived in after the many suicides there. Successive owners felt so lonely and isolated that they committed suicide one after the other. Apparently so many residents committed suicide in this house, it was abandoned and no one lived in it for years. I was even told people were not allowed to live in it because  so many killed themselves there.

With all the visitors nowadays, they would not feel lonely and could have got some company by opening a tea shop for the walkers who make it this far along the beach!

From the top of Rhossili Down, the highest point on Gower, views of the peninsula can be seen as well as across the sea to West Wales, Lundy Island and the north Devon coast. Rhossili Down is lowland heath and home to a variety of birds and insects including the rare black bog ant. The south Gower coast hosts many rare plants and birds including yellow with low grass and choughs.

From the National Trust shop and Visitor Centre in Rhossili there is a level walk along the grassy cliff top to the Old Coastguard Lookout. If the tide is out, the adventurous can cross the rocky causeway to the tidal island of Worms Head, where grey seals can be seen lazing on the rocks below.

Gower’s landscape has been shaped by farming since the Stone Age. The Vile, at Rhossili, is an example of a Medieval open field strip system. With many archaeological features at Rhossili and along the south Gower coast, including Neolithic burial chambers, bronze age cairns and Iron Age forts, it is an ideal place to discover these remnants of our ancestors.