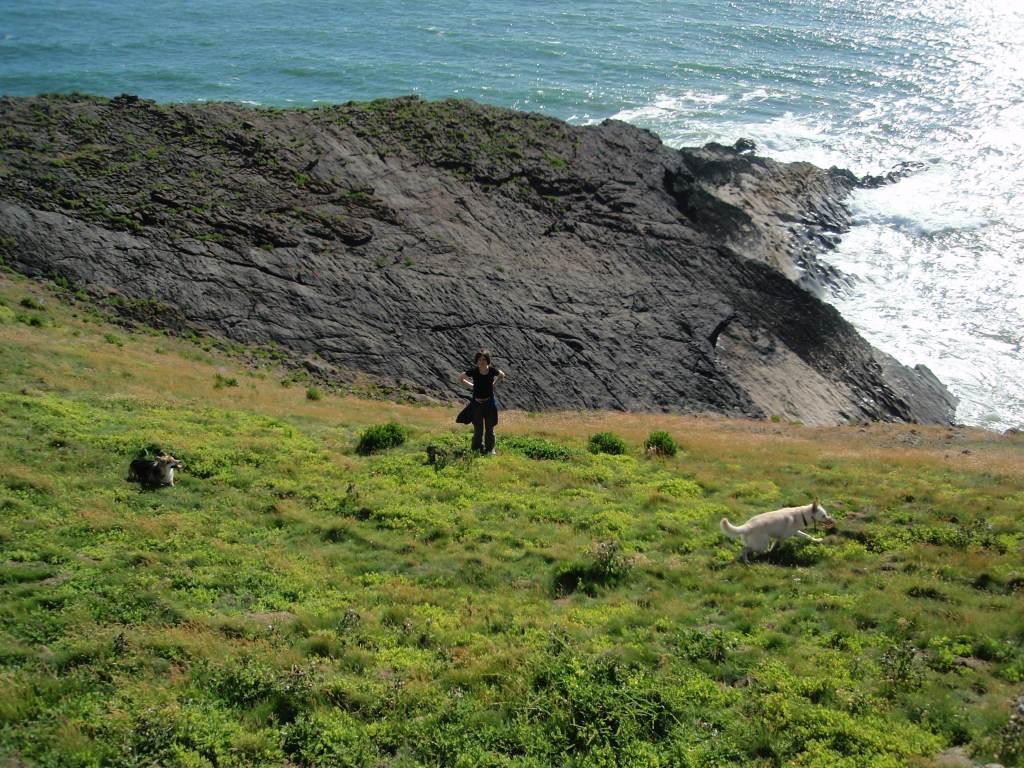 Rhossili Bay is the largest expanse of white sand on the Gower.

It stretches for over three miles to the islet of Burry Holms and is accepted to be one of Europe’s greatest beaches.

You can look out to sea and see the skeletal remains of wrecked ships. Gower’s best known wreck, the Norwegian barque Helvetia, was driven onto the beach in a gale in 1887.

The bay was carved out by the Atlantic Ocean from the imposing Rhossili Down, whose green bulk looms over the whole vast arc of sand.

The sandstone Down, at 633 feet the highest point of Gower, is a favourite launching point for hang-gliders. You can often see up to a dozen hang-gliders all floating about in the sky.

On a clear day there are fine views of Lundy Island, and on a clear evening there are impressive sunsets.