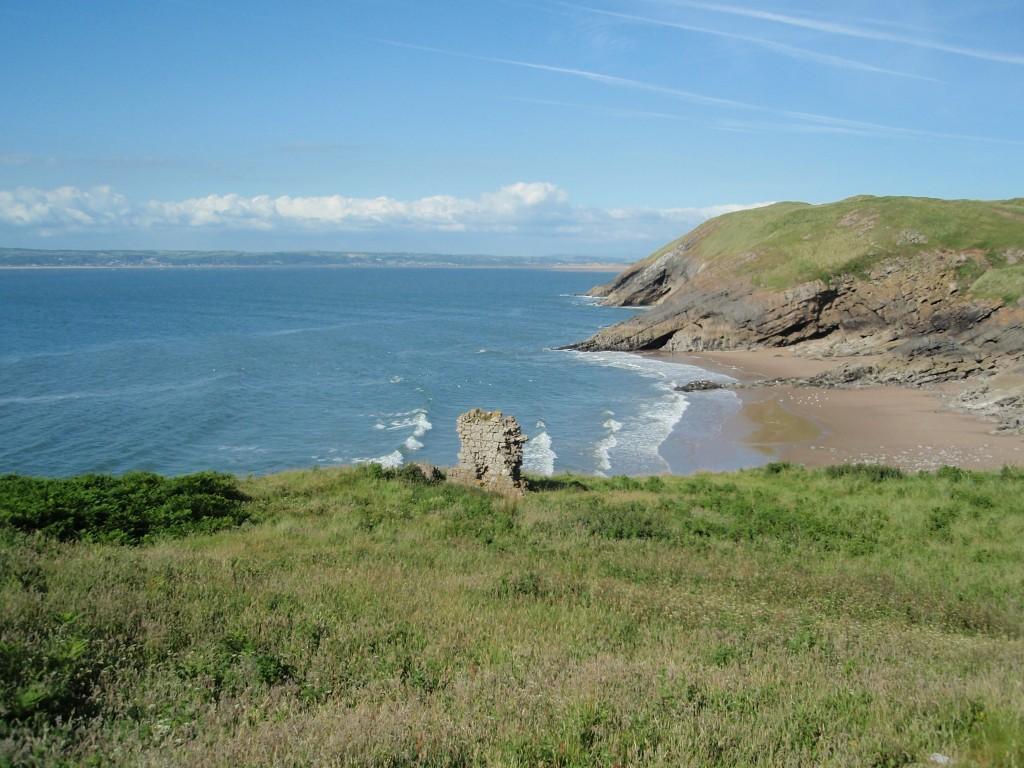 From the southern side of the headland there are magnificent views of the South Gower coast to Port Eynon Point, with cove after cove receding into the distance, battered by rolling waves.

Below is Fall Bay, with its raised beach of conglomerate shells.

Beyond it is secluded Mewslade Bay, dominated by the white limestone pinnacle of Thurba Head, which is crowned by the remains of an Iron Age hill fort.