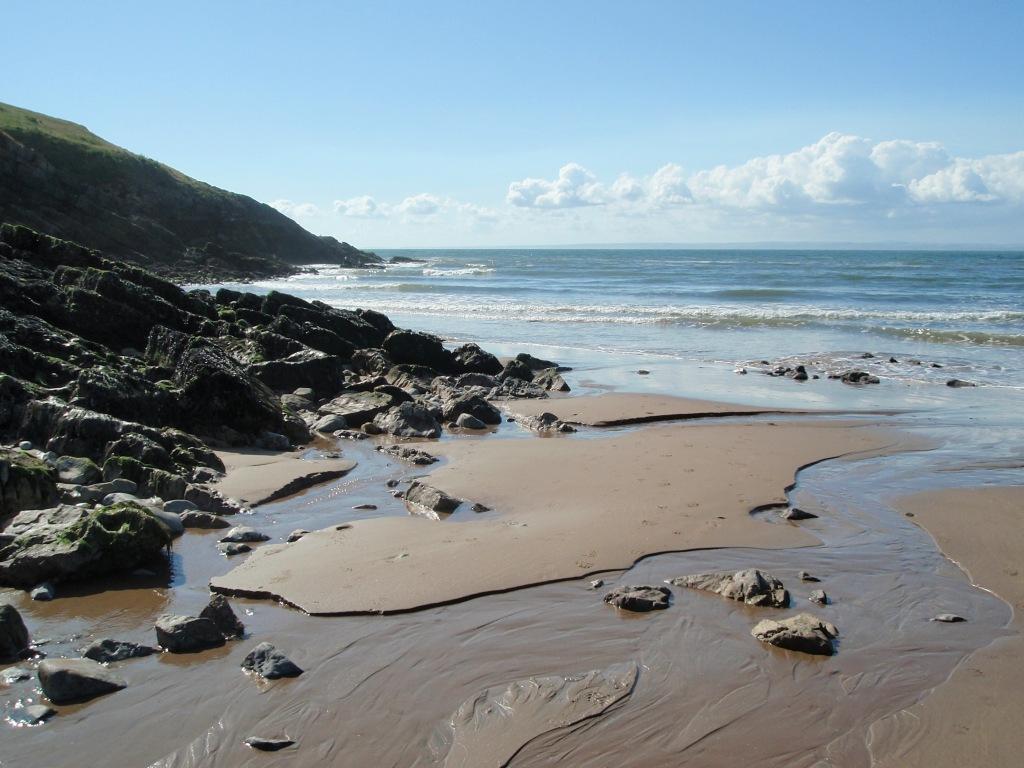 The bay has been used as the setting of New Earth in the sci-fi show Doctor Who.

The bay including the Old Rectory was used in Torchwood's Miracle Day. Remember this was where the lead characters lived to escape into a private life. There is a scene of helcopters roaring along the beach, ride of the valkyries style, once their remote escape cottage is discovered.

One of the Torchwood actors liked the Castle so much they subsequently got married at the Castle, but that is another story!