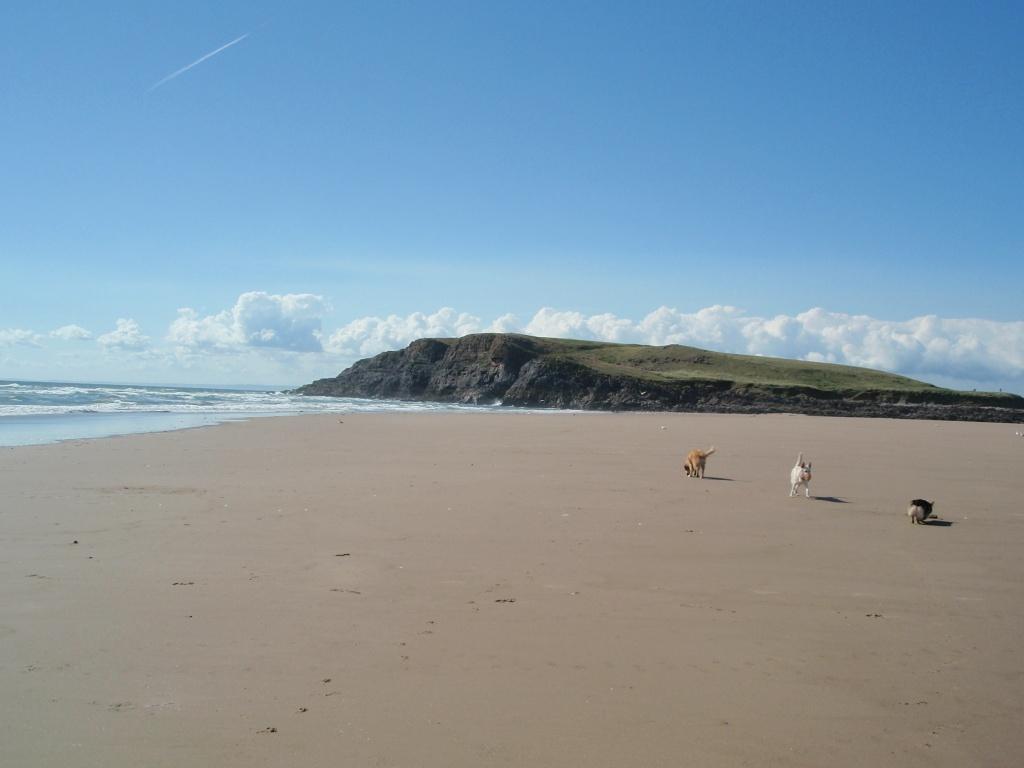 Rhossili Bay curves along an arc running northwards from the village. The sandy beach stretches hundreds of yards out to see at low tide and inland from the beach there are large areas of deep sand dunes which you can also explore.

Locals refer to the beach as Llangennith Sands. Behind the beach just north of the village is Rhossili Down with the highest point on the Gower Peninsula, (the Beacon), and a number of prehistoric remains. The Warren is between Rhossili Down and the beach and is where the old town of Rhossili would have been before it got covered by the sand dunes.

At the southern end of the Bay there is a small tidal island known as Worm's Head. At the northern end is Burry Holms. These islands are accessible at low tide only. You can get cut off if the tide rises while you are on these islands and if you are cut off in bad conditions, stay put as the tides can be tricky.

At low tide, it is possible to see the remains of several shipwrecks, with the wreck of the Helvetia the most visible when looking north from Rhossili.