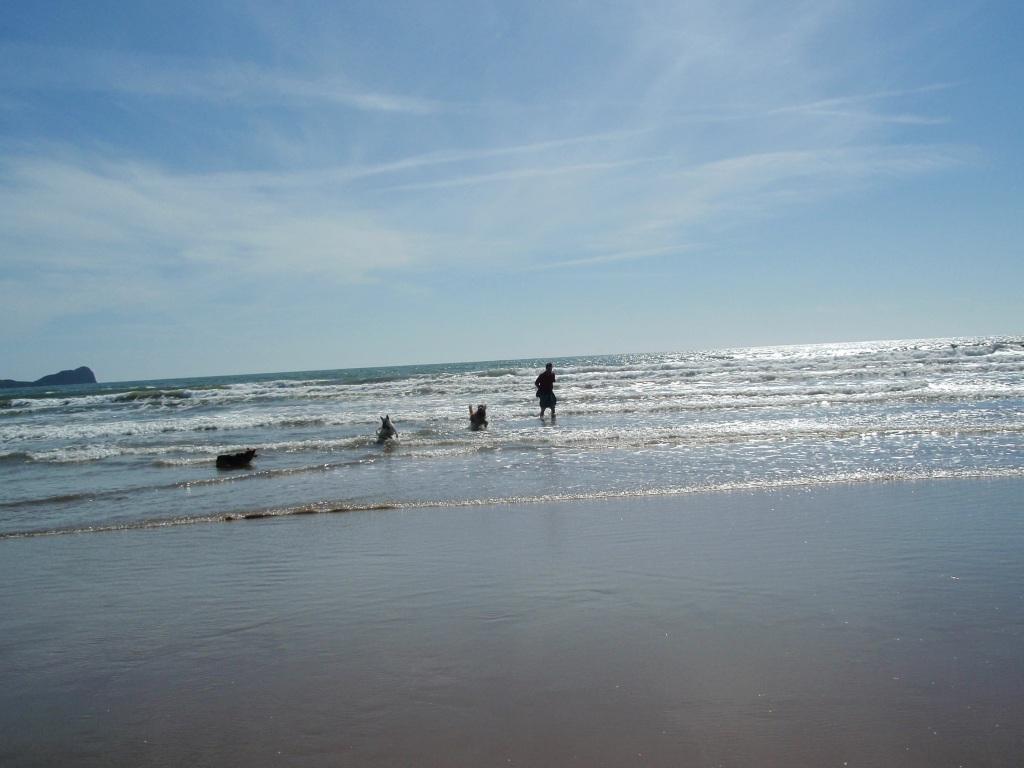 There was a local tradition that there had been an earlier, pre medieval village complete with church closer to the sea which had been abandoned after "be-sanding" in the 14th century. Presumably this means it got overtaken by the sand dunes which abound in this area.

A storm and subsequent excavation of newly-exposed remains in the Warren (an area of sand dunes to the north of the present village) in 1980 confirmed its original location and what had happened to the town before it moved to its current location.

Despite its relatively remote position, Rhossili is a popular tourist destination: the views from the headland and the Down are panoramic. The road to it is a single track and in busy periods there is some competition to get to the town against oncoming traffic departing.

Iron Age remains can be found on Rhossili Down.

The beach is 4 miles long though some writers say it is 3 miles long. It feels longer when I have walked end to end, which my dogs and I have done a few times, so that makes an 8 miles return walk.

The wreck of the Helvetia, which ran aground on Rhossili Bay in November 1887, can still be seen. There are rough weather conditions here so villagers in the past would lure boats ashore to plunder their holds.