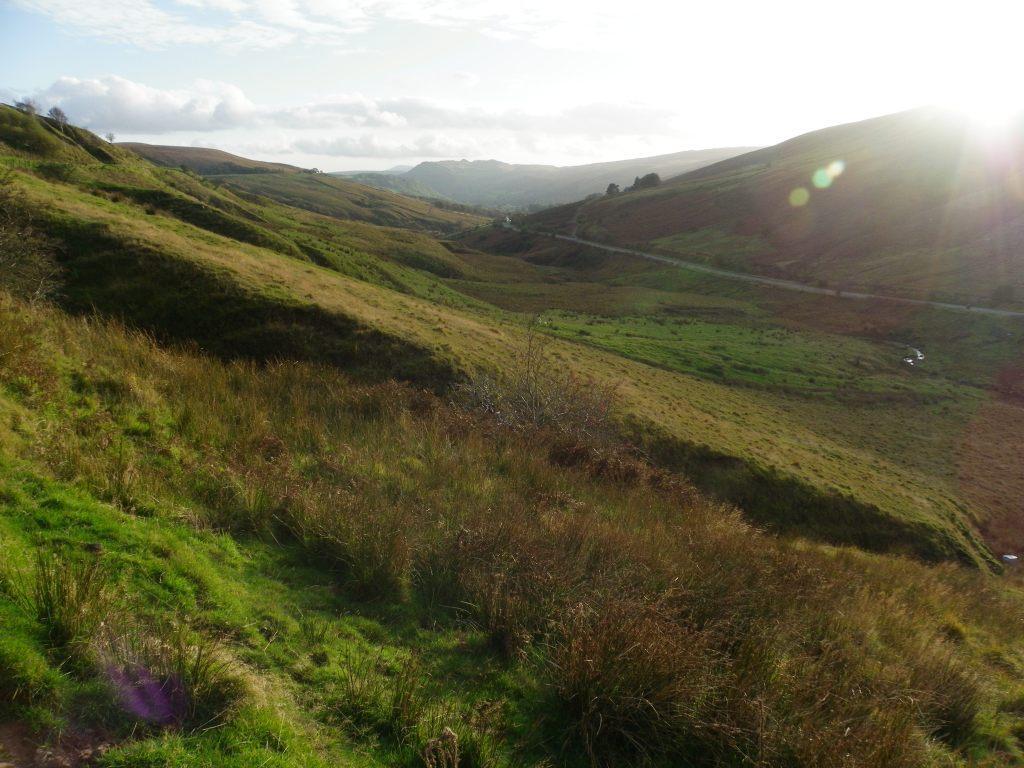 In 1819 Fforest Fawr (English - Great Forest of Brecon) was divided up into fields, and large parts of it became the property of John Christie, a Scottish businessman based in London. John Christie had become wealthy through the import of indigo.

Christie developed a limestone quarry at Penwyllt, and decided to develop lime kilns there as well. In 1820 he moved to Brecon, and developed the Brecon Forest Tramroad.

The tramroad ran from a depot at Sennybridge through Fforest Fawr via the limestone quarries at Penwyllt, to the Drim Colliery near Onllwyn.

A branch line served the Gwaun Clawdd Colliery on the northern slopes of Mynydd y Drum and was extended to the Swansea Canal.

Christie however was declared bankrupt in 1827 and most of his assets, including the tramroad, eventually passed to his principal creditor, Joseph Claypon, of the banking house of Garfit & Claypon in Boston, Lincolnshire. The story continues on the next page.