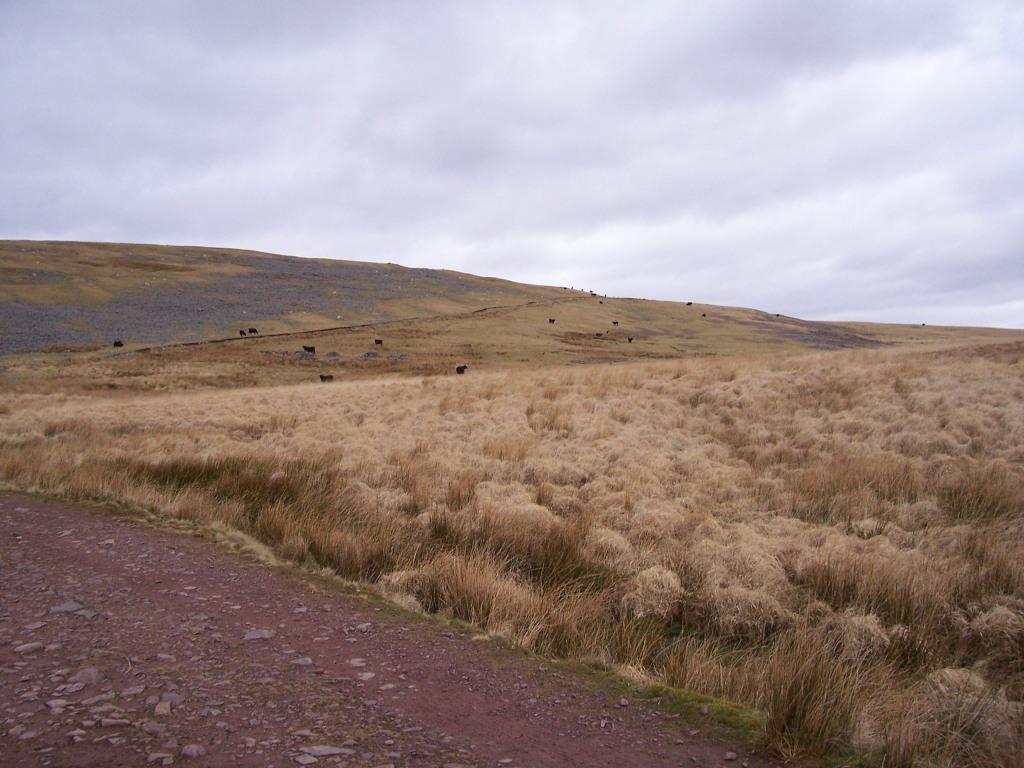 Penwyllt developed primarily as a result of the need for quicklime in the industrial processes in the lower Swansea Valley, taking limestone from the quarries and turning it into quicklime in lime kilns.

Subsequently Penwyllt also supported the Penwyllt Dinas Silica Brick company, which quarried silica sand at Pwll Byfre from which it manufactured refractory bricks, a form of fire brick, at the Penwyllt brick works (closed in 1937 - 1939).

The bricks were used in industrial furnaces. A narrow gauge railway, with a rope pully system to pull the trains up the very steep incline, transported silica sand and stones to the brickworks. The brickworks were adjacent to the Neath and Brecon Railway (which on 1 July 1922 became part of the Great Western Railway).

None of the railway tracks have rails on them now, though the sleepers, rotted and buried, still lie in the ground in some places. The steep incline is a nuisance to have to climb, so I prefer to walk anti-clockwise from the quarry, up the Swansea Valley, take a right turn through some woodland, then return via the Caving Club, descending the steep incline. You will pass the remains of the pulley house, in an area that has now become a separate little nature reserve.