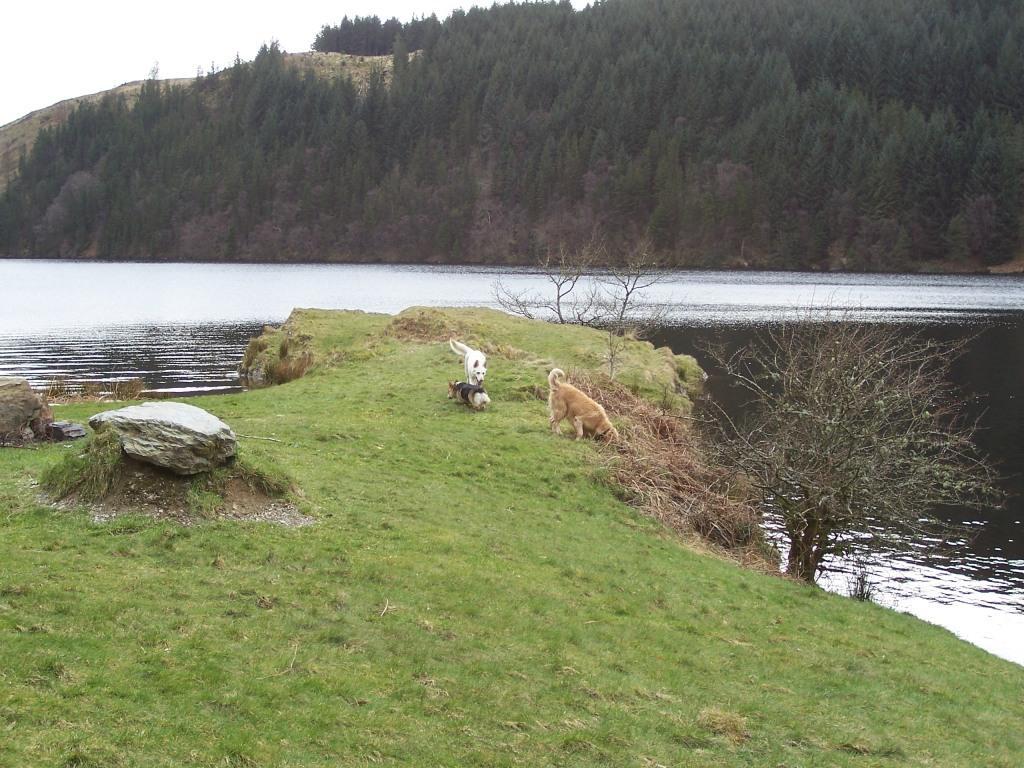 In 1995/6 the height of the spillway was raised by one metre, raising the water level in the reservoir.

A concrete extension was built into the original clay core dam and the rock walls raised to cover it.

Three Francis-pattern turbines were installed in a hydro-electric plant, one capable of handling the normal 1.5 million gallons/day summertime flow from the reservoir. This operates all the year round.

The larger, turbines run from November to March, when Winter rains keep the reservoir full, together producing
4.3Mw – enough electricity to power a small town. Its electricity is delivered into the National Grid at Llandovery.

Thanks to local opposition, the original plans for an unsightly line of pylons down the Towi Valley was substituted for a cable buried beside the Rhandirmwyn to Llandovery road.