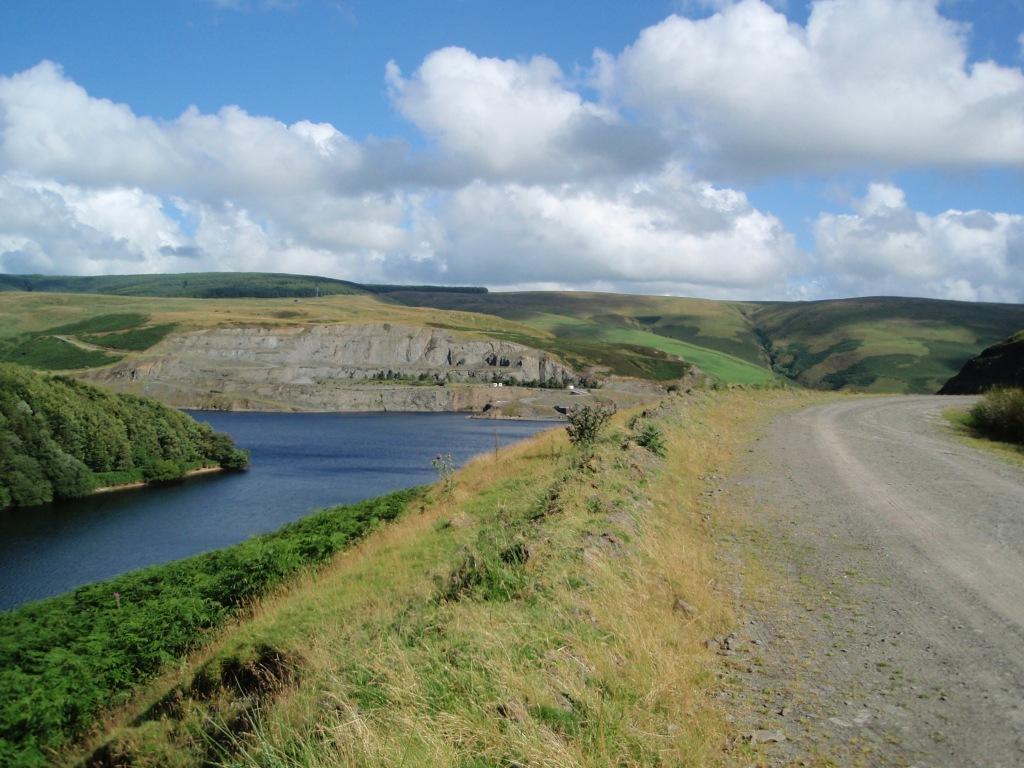 The reservoir was constructed by Wimpey in the late 1960s and early 1970s to regulate the flow in the River Tywi.

It supported large potable water abstraction at Nantgaredig in the lower reaches of the river near Carmarthen, providing water to the Felindre water treatment works.

The treated water is piped to a large area of South Wales and up to the borders of Cardiff.

Under the reservoir there are a couple of houses which were flooded to make way for the reservoir. Before the water level was raised, it was possible to walk to Fannog farmhouse as a "For Sale" sign was once erected on it.

It is still possible to see the top of the house when the water levels are low.