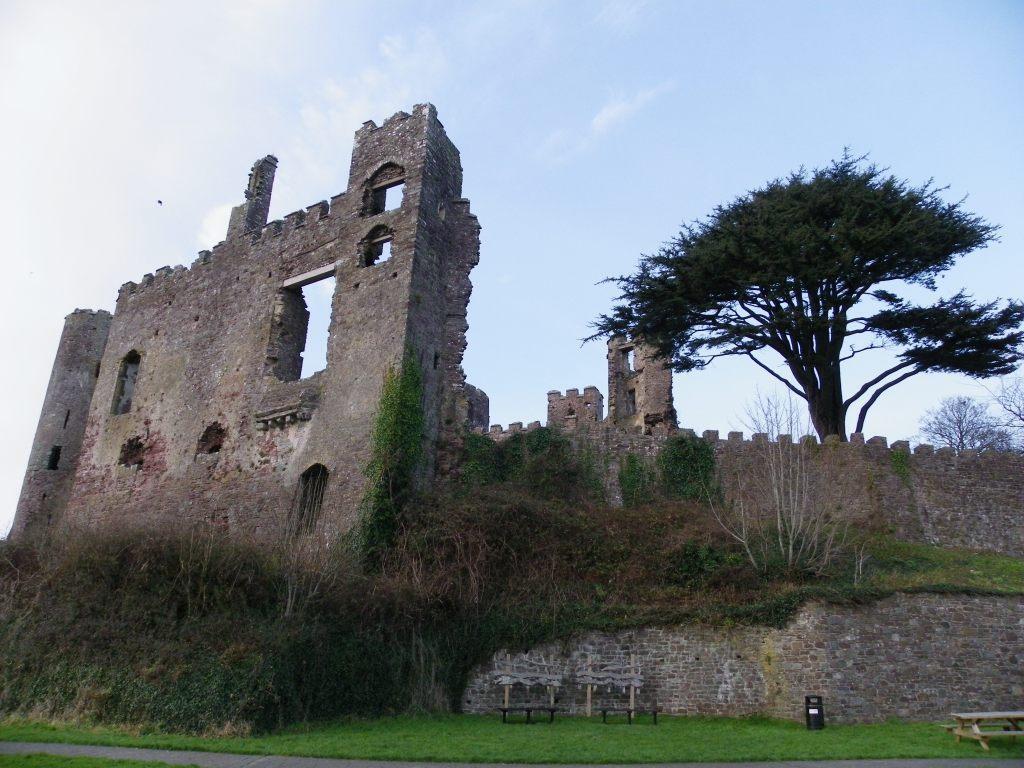 The original castle was established by 1116 as the castle of Robert Courtemain, who entrusted its care to the Welshman Bleddyn ap Cedifor.

The castle also was the meeting place of Henry II of England with Rhys ap Gruffudd in 1171-1172, were they agreed a treaty of peace.

When Henry II of England died in 1189 the castle along with St Clears and llansteffan were seized by Rhys ap Gruffudd of Deheubarth in 1189, Laugharne Castle may have been burnt down at this time.

The Castle was rebuilt by the Normans and in 1215 was captured by Llywelyn the Great in his campaign across South Wales.

By 1247 Laugharne was granted to the de Brian family. In 1257 Guy De Brian was captured at Laugharne Castle by Llywelyn ap Gruffudd and the castle destroyed.

It was in Laugharne in 1403 that Glyndwr's rebellion stalled. Perhaps lulled into complacency, he was tricked by an ambush and lost 700 men. When a local soothsayer then warned him to leave the area or be captured, he retreated. After this the rebellion petered out under the weight of greater English numbers, and by 1415, Owain Glyndwr had disappeared, fading into myth.

In 1584, Elizabeth I granted Laugharne to Sir John Parrott, said to have been the illegitimate son of Henry VIII.

During the Civil War, Laugharne was captured by Royalists in 1644, the Parliamentary forces of Major-General Rowland Laugharne attacked the castle in 1644. After a week long siege in which much of the castle was damaged by cannon-fire, the Royalist garrison surrendered.

The castle was left as a romantic ruin during the 18th century and at the turn of the 19th century the outer ward was laid with formal gardens.

The gazebo overlooking the estuary was used in the 1930s and 40s by the author Richard Hughes, who leased Castle House during this period.

Laugharne has also inspired two great modern writers, who worked in the garden gazebo overlooking the river. Richard Hughes wrote its novel 'In Hazard' here and Dylan Thomas, Laugharne most famous resident, worked in the castle on its 'Portrait of the artist as a young dog'.