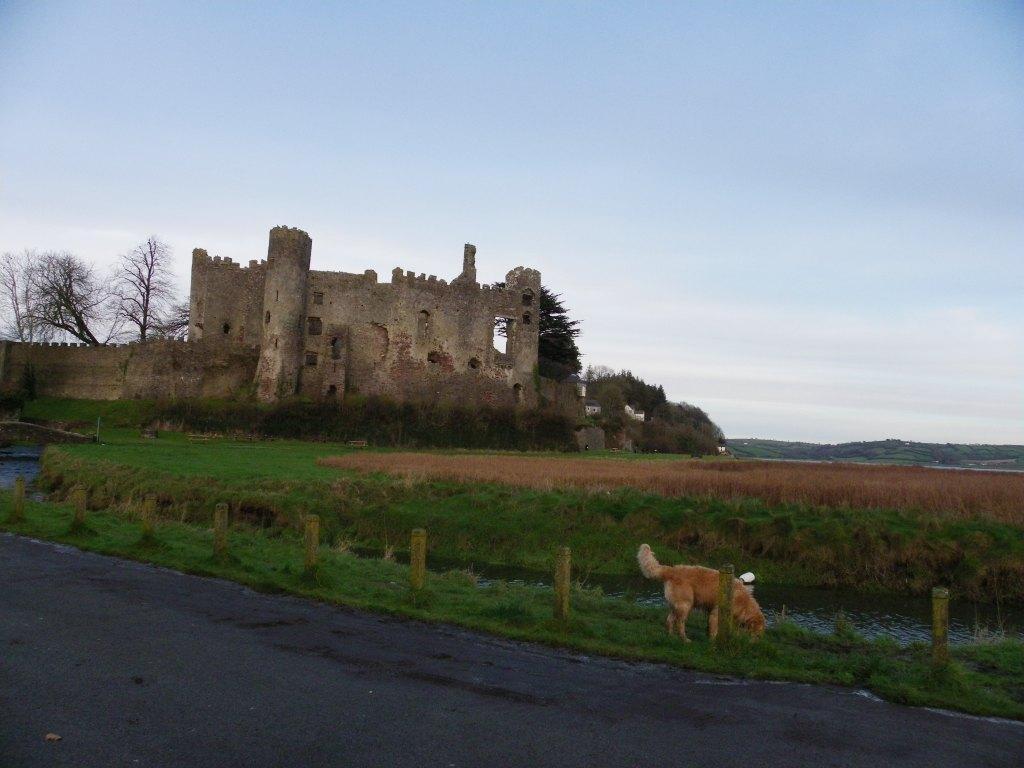 The castle ruins are the end result of a long development from earthwork castle to Tudor mansion.

Little visible now remains of the ringwork bank, nor of the first stone hall, demolished in the late 12th century.

The rebuilding under the de Brians in the late 13th century is far more evident within the remains. The two strong round towers on the north were built at this time along with the curtain wall, some of which survives.

The impressive north-west tower still retains its fine medieval domed roof. The tower acted as a keep and also as a guardian for the simple entrance to its south.

The other tower, a solid three-storey structure, has partly collapsed, and through the tower exposed by the collapse you can see the two extra storeys and the circular staircase added in the Tudor period.

A new hall was built in stone against the south wall during the late 13th century rebuilding, and the outer ward may have been added then, with timber defences.