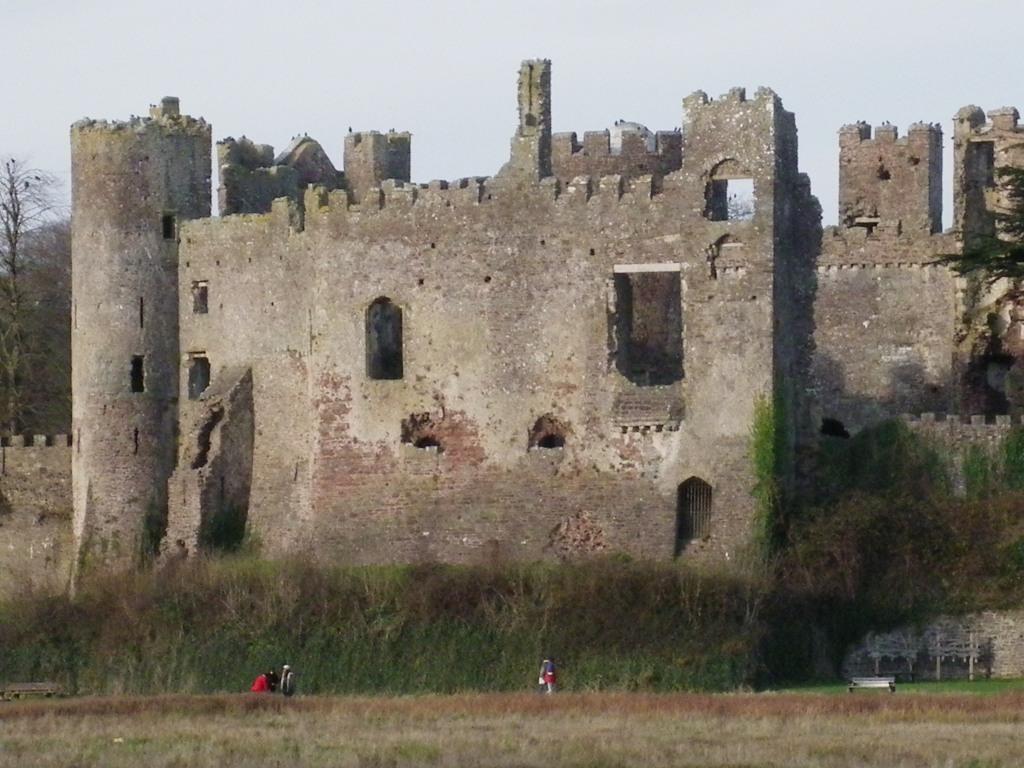 The de Brians were the lords of Laugharne until the end of the 14th century. They carried out considerable additions and repairs.

In 1349 the lordship was inherited by the distinguished Guy de Brian VII, who greatly improved the standard of accommodation. His death in 1390 was followed by a long period of decline and in the late 15th and early 16th century only parts of the castle were occupied.

A change for the better in the castle's fortunes took place in 1575, when Elizabeth I granted the Castle to Sir John Perrot, an important dignitary. He converted the old medieval castle into a comfortable Tudor mansion, while his main residence was at Carew. Perrot became a bit too powerful for Royal comfort, and in 1592 he was sentenced to death for high treason. He died from natural causes, before the sentence could be carried out.

An inventory made in 1592 suggests that Perrot's building work was poor quality and a report stated the castle 'is like within a few yeares to run to utter ruin again'.