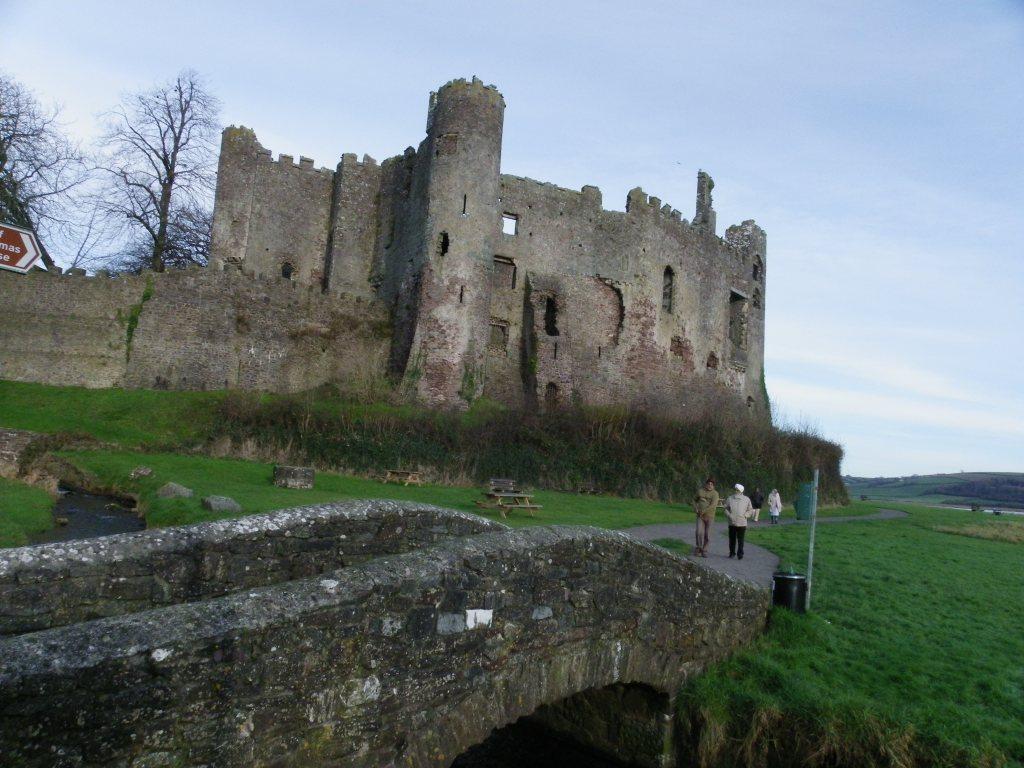 Laugharne is perhaps best known for its associations with Dylan Thomas, but for the past 20 years, the picturesque castle, sited on the Taf estuary, has been the subject of painstaking archaeological investigation and gradual restoration.

There was probably a Norman castle here by the early 12th century, though the still intact remains can be traced back no further than the work of the de Brian family in the late 13th century.

From the de Brians and their descendants, in 1488 the Lordship and Castle passed to the Earls of Northumberland. In 1584, Elizabeth I granted Laugharne to Sir John Parrott, said to have been the illegitimate son of Henry VIII.