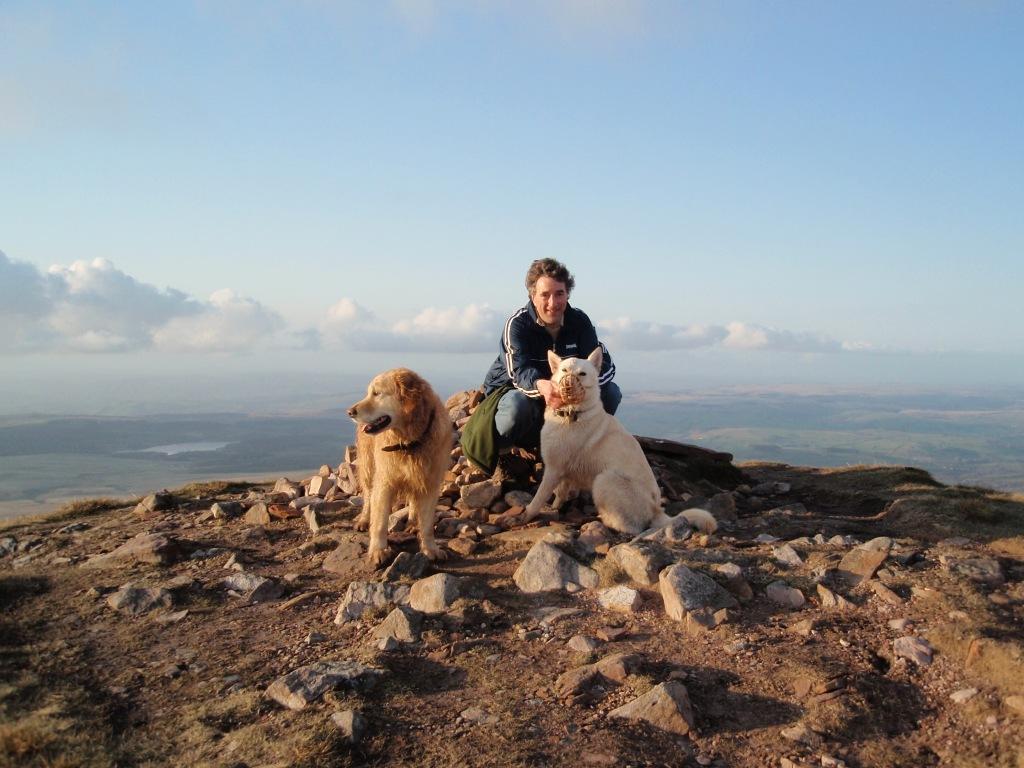 1. Facing away from the car park (north), ascend a short zigzag path and traverse east towards the Sychnant, crossing one small tributary. Keep the Sychnant to the right (south-east) and ascend towards a path junction, which lies just below the col. (There are unmarked paths before the true junction.)

2. Follow the path south-east at first, then ascend across open ground to reach the foot of the north ridge of Fan Foel.

3. Ascend the steep final section of the ridge to reach a cairn. (An optional 1.5km detour leads to the summit of Fan Brycheiniog).

4. Bear right (south-west) from the cairn and follow a path that descends to Bwlch Blaen-Twrch.

5. Go uphill from the col to reach a small cairn on the summit of Picws Du.

6. Traverse west along the path that follows the northern escarpment of Bannau Sir Gaer to reach another small cairn on Waun Lefrith, which overlooks the western end of Llyn y Fan Fach.

7. The path bends north and descends to reach a path junction.

8. Bear right (east) at the path junction and descend to the dam at the outflow of the lake.

9. A track leads downhill towards the finish. It crosses one bridge before passing a fish farm on the left (west) and then crossing a second bridge, shortly before the car park.