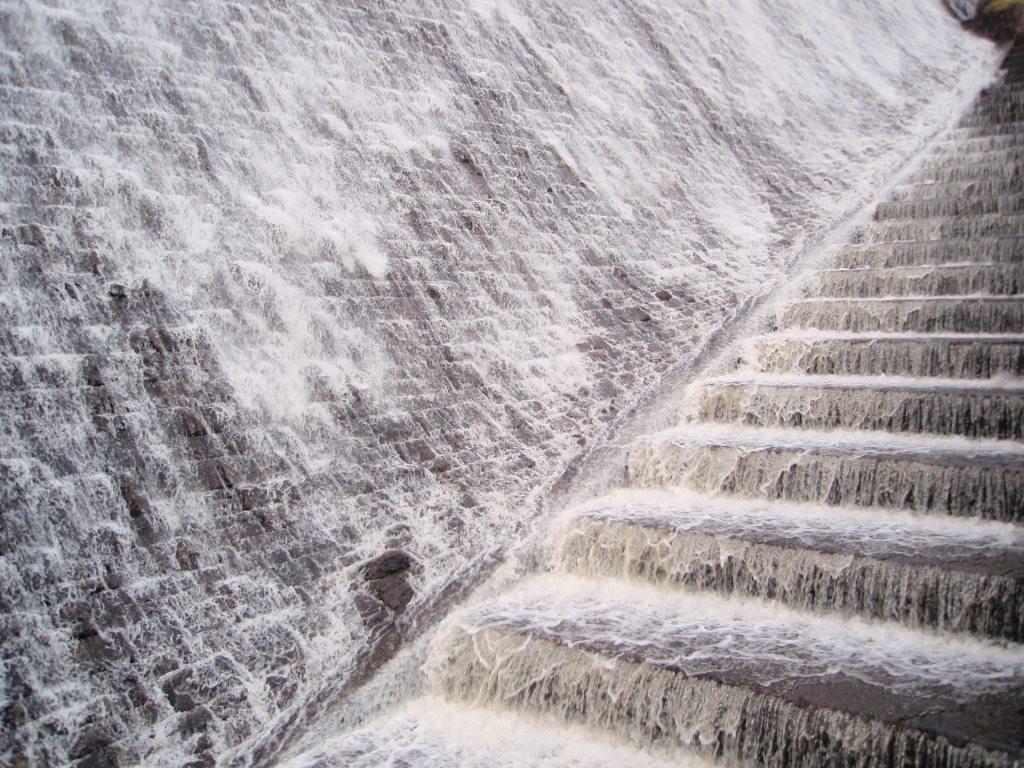 Proposals for the main large new dam in the upper Claerwen Valley were at an advanced stage by early 1939, but the Second World War and the demands of wartime production put even greater strains on existing water supplies.

Increasingly urgent calls for a new dam and reservoir on the Claerwen were to be reactivated soon after the end of the war. Progress in civil engineering techniques and in mechanisation, however, made it easier to build much larger dams by this date

The work carried carried out over a hundred years ago to build the Elan Valley dams and reservoirs was only part of the total project. Almost as impressive was the challenge of delivering the enormous quantities of water by gravity alone, across very hilly country and over many river valleys, to a new reservoir on the outskirts of Birmingham in the Midlands.

This involved constructing a new 73 mile long aqueduct down which the water travels at less than 2 miles per hour, taking one and a half days to get to Birmingham.

Construction of the main dams project was handled by Birmingham Corporation, but work on the aqueduct was by outside contractors. Work on the first 13 miles of the route from the Elan Valley was started in June 1896.

The Elan Valley aqueduct used a combination of three types of construction, depending on the nature of the terrain it had to cross.

"Cut and cover" was essentially a brick lined channel which was manually dug as a trench, then roofed over and concealed underground. The water travels along these sections like an underground stream; 25 miles of the total is of this type.

Where the route of the aqueduct encountered high ground above the gradient needed to maintain the downward slope, tunneling was required using the same type of channel as above. This totalled 12 miles and includes one 4 mile long tunnel.

The third method was the use of pipelines and syphons. This was necessary to cross valleys and rivers where the ground level dropped too steeply for the required hydraulic gradient. The pipeline was continued at the other side of the valley at the same height as the delivery pipe, as the water naturally fills the pipe due to the head of water travelling along behind.

The route of the aqueduct had to cross eleven major valleys.