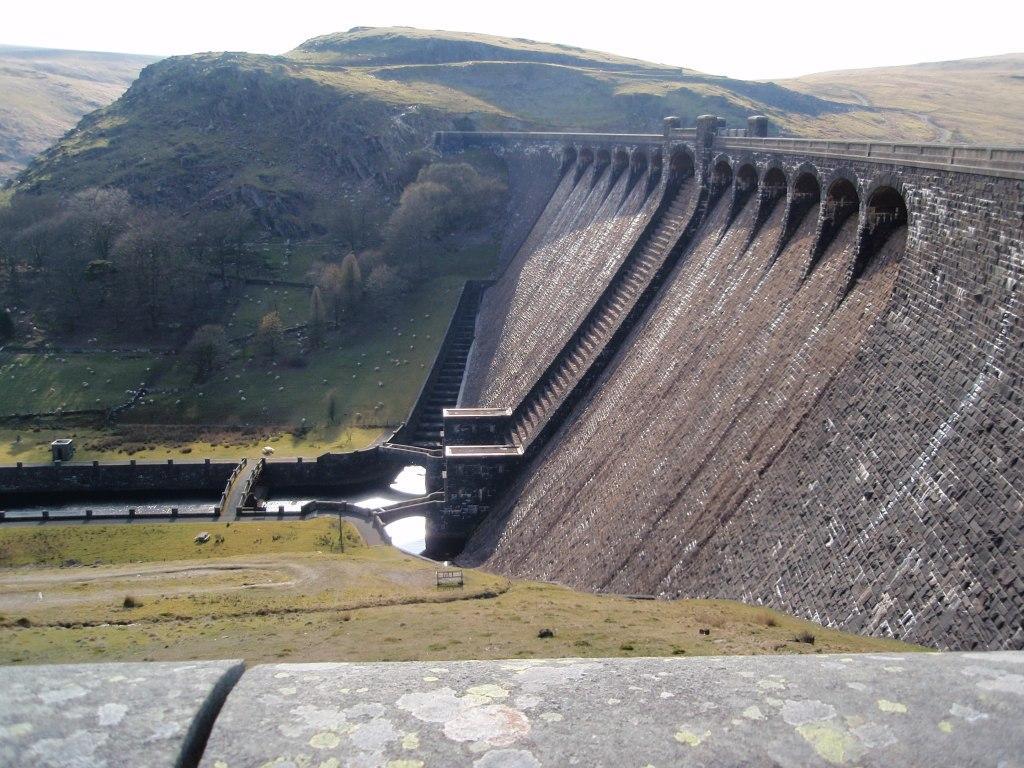 The huge scale of the civil engineering task of building the dams, reservoirs and aqueduct for the Elan Valley waterworks scheme meant that the use of steam-powered machinery was essential. Apart from the elaborate network of the specially constructed railway, which reached 33 miles in length at the peak of the scheme, there were massive self-propelled and stationary steam cranes, stone-cutting saws, and crushing plants. Steam cranes were often operated from railway tracks cantilevered out on the near-vertical faces of the dams.

One of the large stone-crushing machines was able to break up as much as 140 tons in a day. Early equipment powered by compressed air was found to be very valuable in the course of the construction work. The air compressors were then known as "wind-jammers", and they made use of very long tubes to power tools at some distance from the steam-driven power source.

This type of plant was used for drilling rock to make holes for dynamite, for drilling in quarries, and for use in metal working shops.  An account written in 1898 noted that "so widely distributed is the plant that there are something like two miles of tube employed from one station."

Read more on Building the Clarwen and Elan Village Reservoirs

Preservation of the landscape around to safeguard the water supply from pollution has transformed the area into a nature reserve.

Claerwen National Nature Reserve is now a lonely expanse of dramatic mountain scenery lying half way between Rhayader and Pontrhydfendigaid.

Although this landscape can seem bleak and inhospitable, in fine weather it is just beautiful. The mainly peaty and acidic soil provides a home for numerous species of plants and animals. The British carnivorous sundew plant or Drosera can be found here, and it is a known breeding site for the rare Merlin and Red Kite birds.