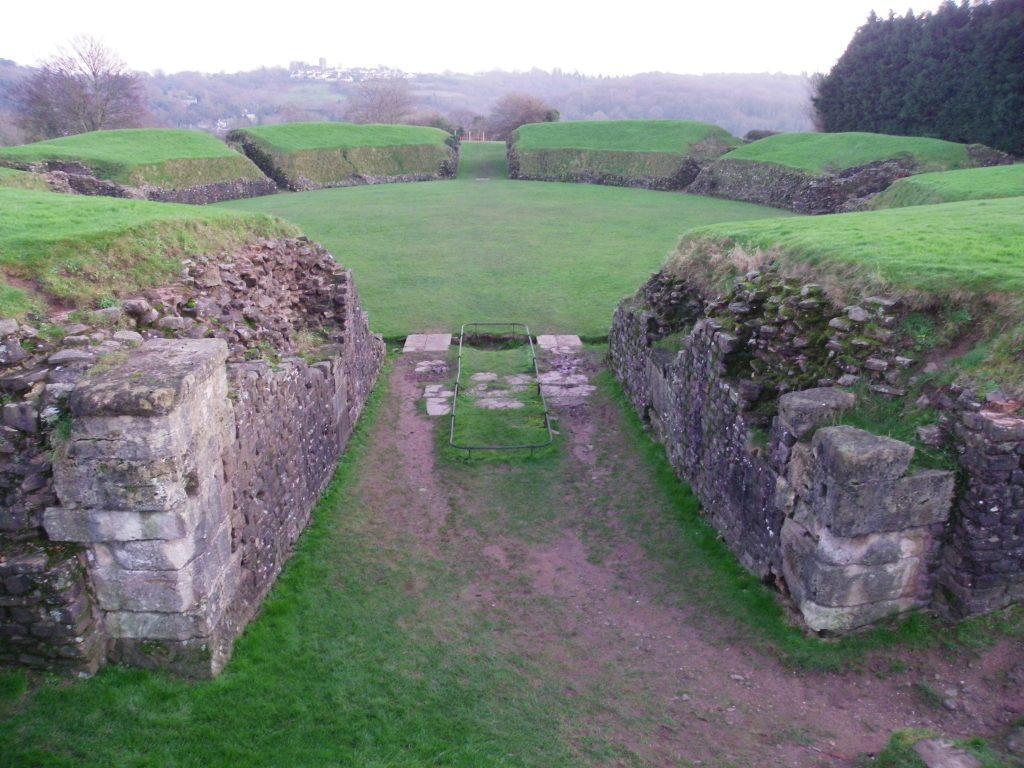 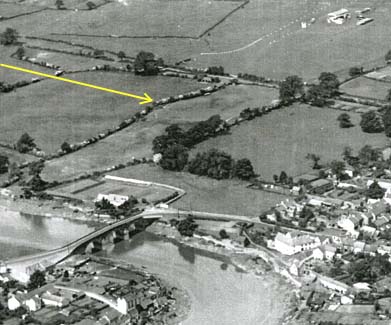 Caerleon Amphitheatre: Why was it known The Round Table of Arthurian legend?

To the left is an aerial photo of the area occupied by the Amphitheatre prior to excavation.

The raised round area of ground that formed King Arthur's Round Table' is clearly visible in this aerial photo taken in the early 1920s.

So this is not a wooden round table we would imagine the table of Arthurian Legend to be, with all the Knights sitting around it.

Rather, it is a phrase coined to represent the large circular mound of earth that there would once have been, viewed from above, prior to auditorium and inside of the amphitheatre being excavated.

So on this basis, you can see why there was an intriguing circle, but it is not one that King Arthur's Knights could possibly have sat around as it is such a substantial area.

They would have had to shout at each other over a great distance assuming they sat around the circumference of the 'table'.

See the Wikipedia entry on Caerleon and Aurthur's Round Table

Wikipedia: "Geoffrey of Monmouth, the first author to write at length of King Arthur, makes Caerleon one of the most important cities in Britain in his Historia Regum Britanniæ. He gives it a long, glorious history from its foundation by King Belinus to when it becomes a metropolitan see, the location of an Archbishopric superior to Canterbury and York, under Saint Dubricius, followed by St David who moved the archbishopric to St David's Cathedral.

Geoffrey makes Arthur's capital Caerleon and even Sir Thomas Malory has Arthur re-crowned there. The still-visible Roman amphitheatre at Caerleon has been associated with Arthur's 'Round-Table' element of the tales and has been suggested as a possible source for the legend.

"For it was located in a delightful spot in Glamorgan, on the River Usk, not far from the Severn Sea. Abounding in wealth more than other cities, it was suited for such a ceremony. For the noble river I have named flows along it on one side, upon which the kings and princes who would be coming from overseas could be carried by ship. But on the other side, protected by meadow and woods, it was remarkable for royal palaces, so that it imitated Rome in the golden roofs of its buildings... Famous for so many pleasant features, Caerleon was made ready for the announced feast." (Historia Regum Britanniae "History of the Kings of Britain")

Though the huge scale of the ruins along with Caerleon's importance as an urban centre in early mediæval Kingdom of Gwent may have inspired Geoffrey, the main historical source for Arthur's link with "the camp of the legion" is the list of the twelve battles of Arthur in the 9th century Historia Brittonum.

However the "urbs legionis" mentioned there may rather more probably be referring to Chester - or even York. "Camelot" first appears in Chrétien de Troyes' Lancelot, though Chretien also mentions Caerleon.